Highlights of the Church in Wales (CinW) meeting of the Governing Body, September 2021, have been published.
Highlights for bishops of the CinW they may be but for the vast majority of Anglicans, they will be anything but that. Attracting widespread criticism, the process has been a gigantic fix.
Built around a Bill to authorise a service of blessing for same-sex partnerships, the meeting's opening prayers invited us to show "love, compassion and concern for all those who are anxious about the day's debate, especially for the members of the LGBTI+ community." Especially for the LGBTI+ community! Do others merit no concern?
Even the response 'In your love and tenderness, remake us' was geared towards voting in favour of the measure. The cleric leading the prayers was far from neutral having already been remade, 'living happily' in a civil partnership with a younger man, he is a noted LGBT activist in common with all three women bishops.
One of the more illuminating speeches came from the Revd Dr Jonathon Wright (S&B), who submitted an amendment that, according to the Chair, Judge Andrew Keyser QC, 'touched on a fundamental part of the Bill'. Dr Wright wanted to have it delayed until it could be considered holistically as part of the Church’s doctrine on marriage, and introduced with same-sex marriage at some future date.
The bishops were in no mood to stop and reflect on their actions, typified by the response the bishop of Monmouth, Cherry Vann, also in a same sex civil partnership, said that it would be "a huge missional and pastoral opportunity lost for yet another generation. . . The cry will go up, ‘How long, O Lord, how long?'"
Not the Lord, bishop Vann but GB members. The amendment was lost by 77 votes to 27, with no abstentions.
The Bill itself was proposed by the bishop of St Asaph who was "conscious that some members saw the Bill as a departure from Biblical teaching and the historic faith of the Church", probably his most accurate statement, but nevertheless he asked if members would be “bold enough to take a decision in favour of faithful love and mercy, which will bring hope and joy?”
The bishops won, the Bill passed. The Church in Wales lost.
Posted by AncientBriton at 12:41 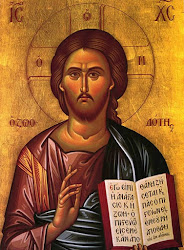 Most viewed in the last 30 days.